Are you looking for a means of transportation that avoids physical contact with the ground or water?

The nearest you can traditionally get to “Contactless Transport” is to use a hovercraft.  A hovercraft is an air cushion vehicle using a flexible skirt to contain a “bubble” of pressurised air for the vehicle to sit on.  However, this has limitations.  A hovercraft cannot:

Tthe aerofoils need to provide sufficient lift to raise the hull clear of the water or ground, but not into free flight.  The lift that is generated by an aircraft in free flight is roughly two-thirds generated by negative pressure on the wings’ upper surfaces and one third positive pressure below.  However, if the wings are close enough to the ground or water, additional positive pressure builds up beneath the wings.  This is because the air is effectively squeezed between the wing and the ground or water, which is termed called “Ground Effect”.

Before building the full scale machine, we have built a 1/6th scale model, which you see in the picture and in various videos that we have uploaded to YouTube.  This permits us to try out various wing-plans and aerofoil sections in a rapid-build low-risk environment.

Presently, we are trying out new, computer generated aerofoils that is shaped to move positive pressure ground-effect lift towards the front and negative pressure free-flight lift towards the back.  This means that the craft will be more inclined to self-correct its pitch and thus remain in ground effect with reduced risk on going into free flight.

The platform under construction is based on a BHC Marlin II Hull, powered by a Rolls Royce/BMW T312 APU Gas Turbine from a Tornado Fighter, driving a variable pitch fan.  If the powerplant sounds somewhat exotic, we have chosen it because it offers a significantly greater power-to-weight ratio than a four stroke piston engine.  Furthermore, the output does not suffer from piston engine pulsations, which reduces the stress level on the components that it drives. 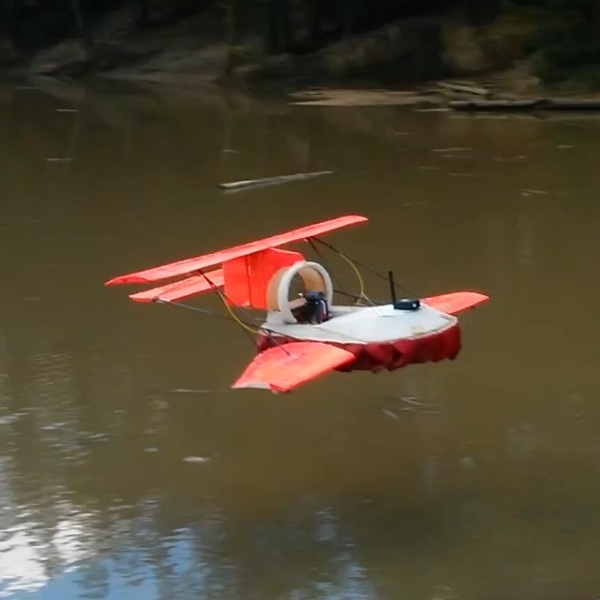 WANT MORE DETAILS?
DO YOU WANT TO BUY AN RC SCALE MODEL?
WOULD YOU LIKE TO JOIN IN AS A JOINT VENTURE PARTNER?

CONTACT US
Page load link
This website uses cookies and third party services to give you the best experience. Agree by clicking the 'OK' button or select your Settings Ok
Go to Top