Automating process plants – common mistakes and how to avoid them 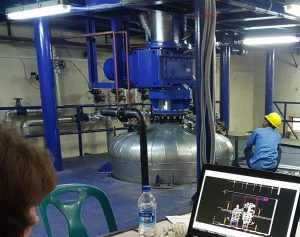 Back in 1990, our first foray into process automation was started by a somewhat fiery boss. “I want automation!” he demanded, “I don’t care what it does. I just want the plant to look like the most technically advanced that there it to make us stand out from the competition!” Sometimes management or salespeople demand added value but they don’t necessarily understand how to do it.

We found it too easy to apply the knee jerk reaction of: “Automation is easy, all you do is put in a Process Logic Controller, connect sensors to its input and connect its outputs to valve actuators and then program it to do the process for you.” We went on to learn that it was not so simple.

Recently, a company in the Midlands told us, “We buy in tanks for our plant and the first thing we do is remove the load cells”. Presumably, they had a bad experience with automation.

What Lies Behind This

The problem is that we look at automation in an emotional way. On the one hand, we get excited and enthusiastic by it and can see its potential as a highly visible way to add value. Think of the number of pictures one sees of factory robots on car assembly lines. On the other hand, it frightens us, partly because an invisible fault can shut down a plant that is fine in every other respect. A loose wire in a control panel can stop a changeover valve working, leading to a cooling circuit pumping into a heating circuit. A missing minus sign or overflowing data variable can plunge a self-guided missile or rocket into the Atlantic Ocean.

Historically, just because automation sometimes goes wrong, doesn’t mean it should be avoided. We need to adapt and work with it so that it can help us in a beneficial way. We need to use automation in a smarter way and use it where we really need it.

An early success was the semi-automation of base oil additions for a grease plant. Traditionally, the valves were manual and scattered around the site and the flowmeter with mechanical totalizer was in a remote location. So, the simple task of adding base oil involved a lot more legwork than it should have.  We introduced a simple system involving two rotary switches, an electronic counter with totalizer and trip and a series of valve actuators.  This turned the operation into a task that could be done in less than a minute from one location.