Skip to content
Home/Blog/Process Upgrading or Changing – Can it Cause Unexpected Changes to the Product?

Process Upgrading or Changing – Can it Cause Unexpected Changes to the Product? 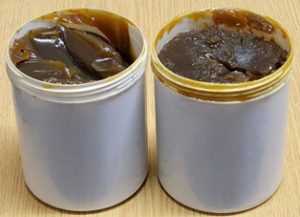 Sometimes it is necessary to change processes to improve productivity.  However, there is a concern that the finished product may look different to the customer, even if the performance is the same or better.

With careful planning, this does not have to be the case.

This concern affects not just small producers, but major multinationals as well. It is particularly acute in grease manufacture but affects other industries as well.

During a visit to a whisky distillery in Scotland, the guide told us an anecdote about a distillery who dropped their first still and dented it during installation. They couldn’t afford to have the dent removed so they started manufacture with the dent still in place. When the still needed replacing, they were anxious that customers would notice a change in the taste of the whisky if the replacement had no dent. As a result, they insisted that the dent was faithfully replicated in the replacement and all subsequent stills.

They may appear to have been over-cautious, but the dent might be providing an additional reflux action that is enhancing the taste.  In other processes, reflux action could be harmful.

This is one example where a subtle change could have far reaching consequences.  In grease manufacturing it is not unknown that greases of the same soap type and specification from different plants have differing colours and textures.  Factors like this heighten our levels of concern.

What should we do?

No two situations are identical, so a tailor-made programme is the way to proceed. There are sound principles which need to be followed, such as changing only one parameter at a time and other tools include carefully designed pilot plants and the option of hiring equipment.

We have extensive experience of changing, upgrading and scaling processes.  If you would like to talk through your process plant and similar issues, please contact us.

This website uses cookies and third party services to give you the best experience. Agree by clicking the 'OK' button or select your Settings Ok
Go to Top